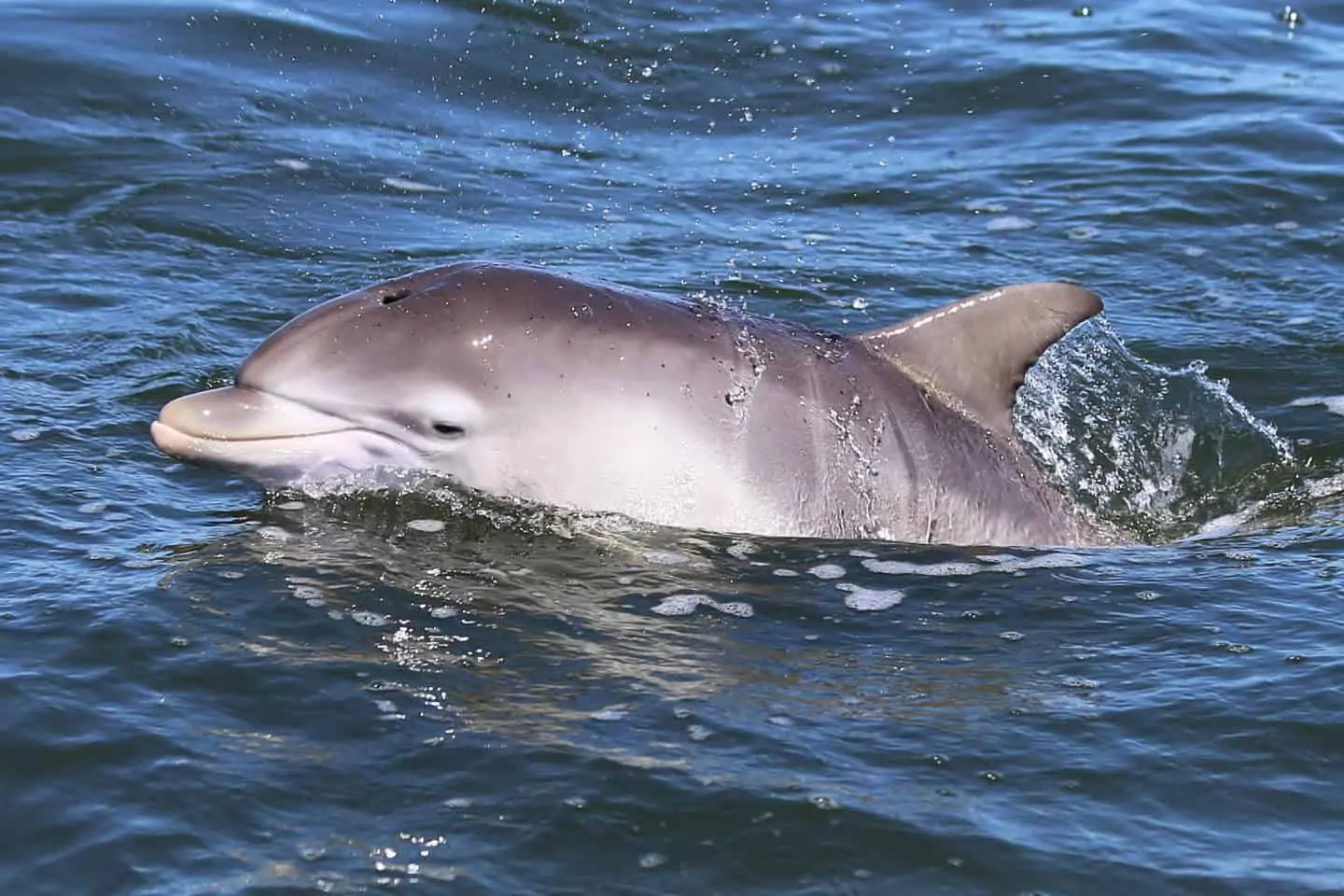 Eyes of a Dolphin

Dolphins rely on their eyesight to avoid predators and to find food, which is essential for their survival. Combined with their excellent eyesight and sonar like system to process visual information underwater – called echolocation, dolphins have a great advantage in the ocean compared to other marine life that rely on sight only.

Dolphins have a well developed sense of vision, particularly for seeing underwater.  The lenses and the cornea in a dolphins eye naturally auto-correct for the difference in refraction of light underwater and above the surface.  They have special muscles in the eye that are able to change the shape of the lens to adjust between seeing an object below water versus seeing an object in the air.  Without this adaptation a dolphin would be nearsighted above the water.  A dolphin’s retina contains both rod cells and cone cells which indicates they may have the ability to see in both dim and bright light. (rod cells respond to lower light levels than cone cells)

At times it can be difficult for dolphins to see and to assist them  to ‘see better’ underwater they are equipped with echolocation, a type of sonar system.  Echolocation allows dolphins to ‘see’ much further than the eyes could manage.  It is believed they can see an object the size of an orange from over 80 meters away using their echolocation.

They produce a series of clicks which produce sound waves just below the blowhole and are emitted through the melon (forehead).  The sound bounces off the object and the echoes are picked up by the lower jaw then conducted to the inner ear.  The echoes are then processed by the dolphin’s brain to determine the shape, size, density, distance, speed and direction of the object.  This allows them to build up a picture of their surroundings and can help in locating prey.  Whether it is fish or squid the dolphin is hunting or a shark that the dolphin is avoiding, echolocation plays a significant role in their survival.   They use the information collected to interpret and to determine how to act or protect themselves.

As we know dolphins eyes are on the sides of their heads.  But did you know that their eyes can move independently of each other, allowing them to look in two different directions at one time.  This is one of the secrets to their amazing hunting abilities as well as helping them keep an eye out for predators.  Another interesting fact about dolphins vision is that they have a 300 degree panoramic vision, they can see forwards, backwards and to the side but they can’t see up.  This is why they often chase tiny fish belly side up (known as ‘snacking’) and when bow riding they turn on their back and sides, allowing them to get a good look as to who is on the boat! Dolphins also have lenses, which give them a “swimming goggle” effect.

It is truly an amazing experience to be able to look into the eyes of a dolphin and feel that connection with them.  So if you are lucky enough to see a dolphin up close,  make sure you give them a wave to say hello.

If you ever see a dolphin stranded or in distress please contact the Wildcare helpline on 08 9474 9055.

Please feel free to ask any questions you may have below and we’ll have our expert dolphin team answer them. To book a dolphin tour with us, click here.