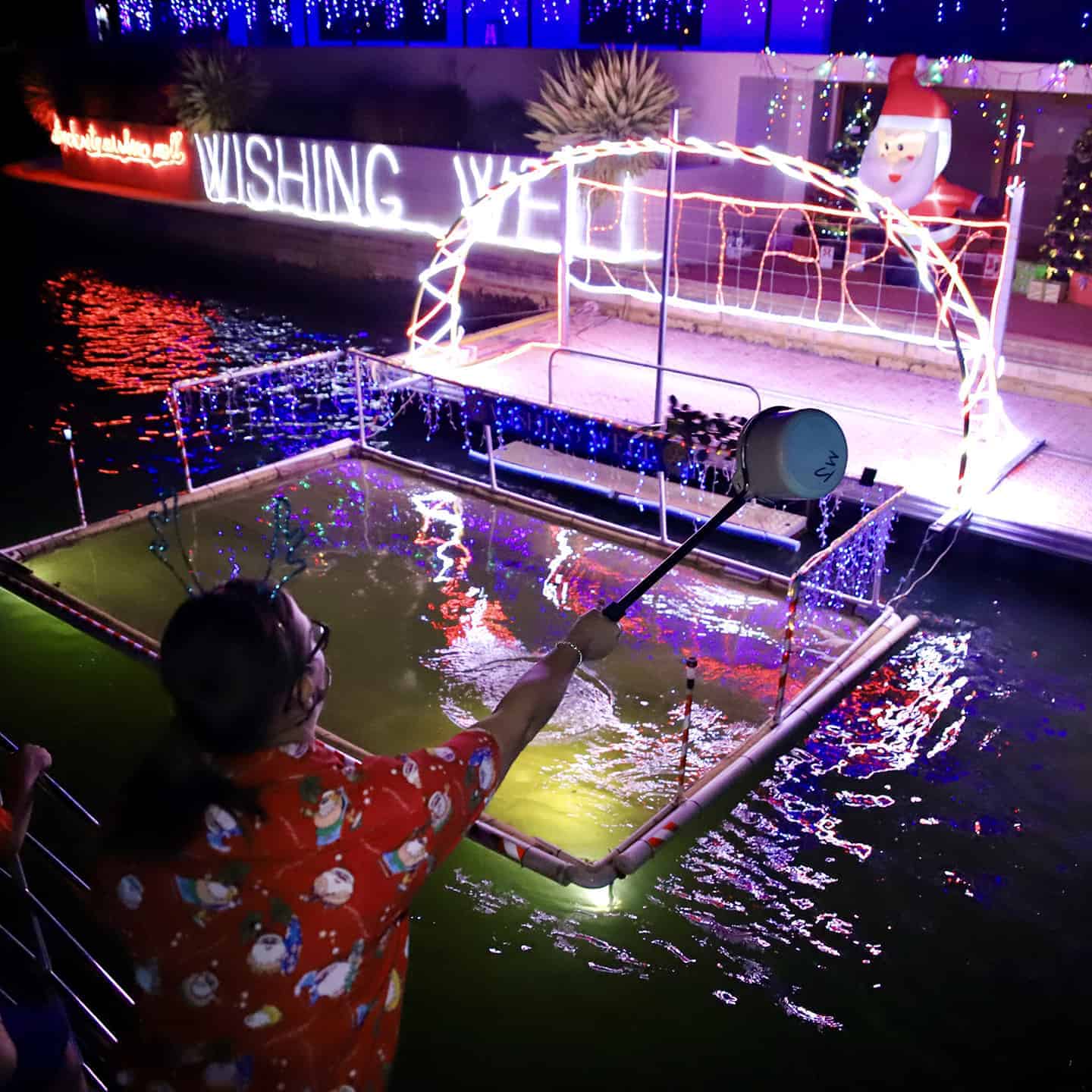 Christmas is all about giving and the generosity of our guests was incredible in donating to the Rotary Club of Mandurah Wishing Well during the Christmas Lights Cruise season.

A record breaking amount of more than $29,000 was raised in just 5 weeks of Christmas Lights, taking the grand total of the wishing well to over $200,000 raised since it started back in 2008.

The exciting news was announced on Sunday 2nd February at the Thank you & Awards Night for the Port Mandurah Canal Residents, put on by Mandurah Cruises. Residents were recognised with trophies and tongue-in-cheek awards on the night including the Judge’s Awards, the People’s Choice Awards and a special Hall of Fame award. 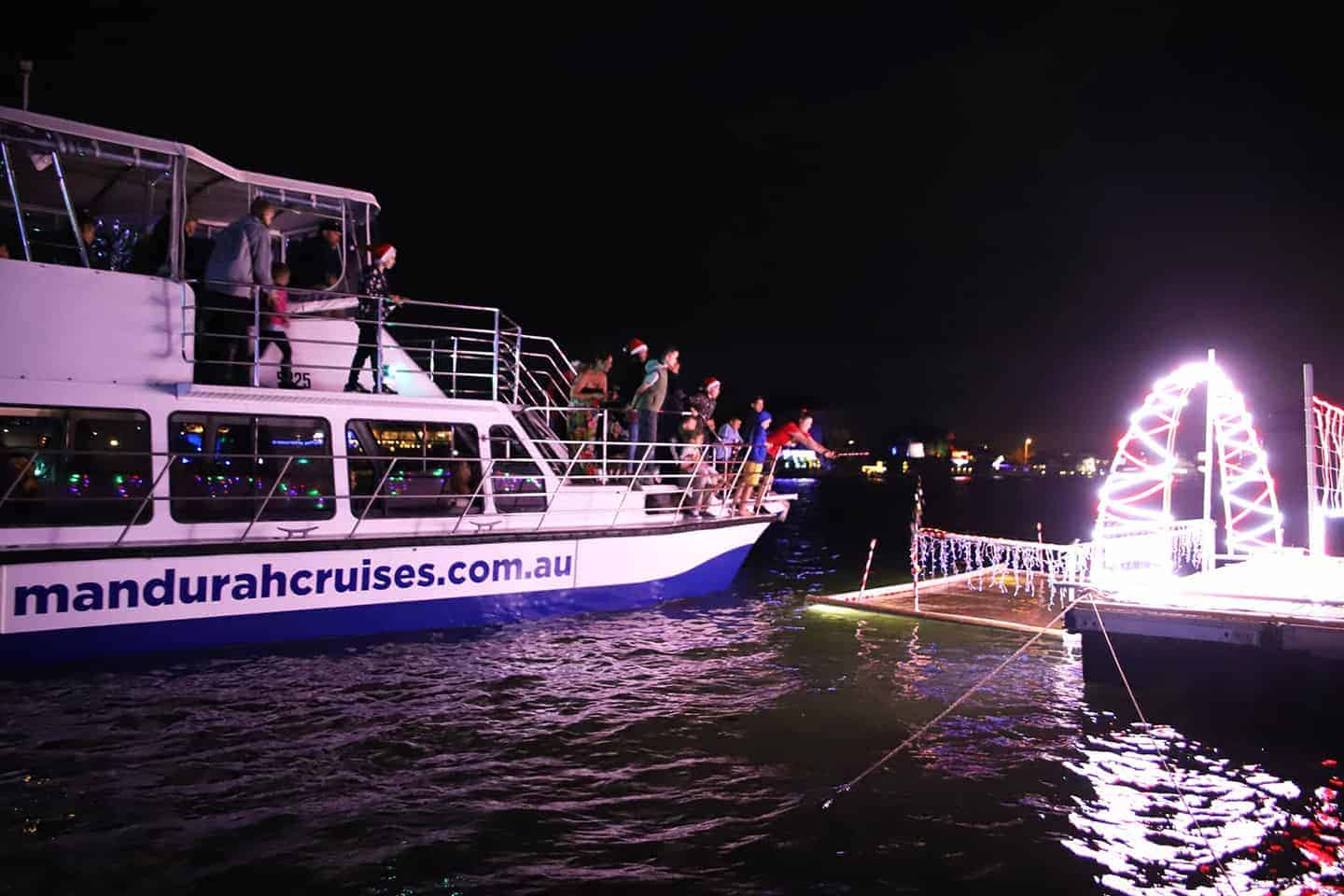 “At Mandurah Cruises we are proud to make a large monetary donation to the Wishing Well at the end of each festive season and raise funds through other initiatives, including selling Santa Hats at the gift shop, departure jetty and on board cruises (where 100% of profits are donated).”

All funds will be distributed exclusively to local charities in need. The Rotary Club of Mandurah encourage local charities and community groups to apply for funding through the Rotary Wishing Well fund, where applications opened on February 1 and close March 31. They are looking for stand-alone projects for under-resourced groups in the Mandurah area, delivered by local non-for-profit organisations. They accept one proposal per group per year, with grants between $500 and $2000 available.

For more information on those groups who have benefited from the monies raised in the past and to apply for funding please visit http://www.mandurahrotary.org.au/wishing-well/ 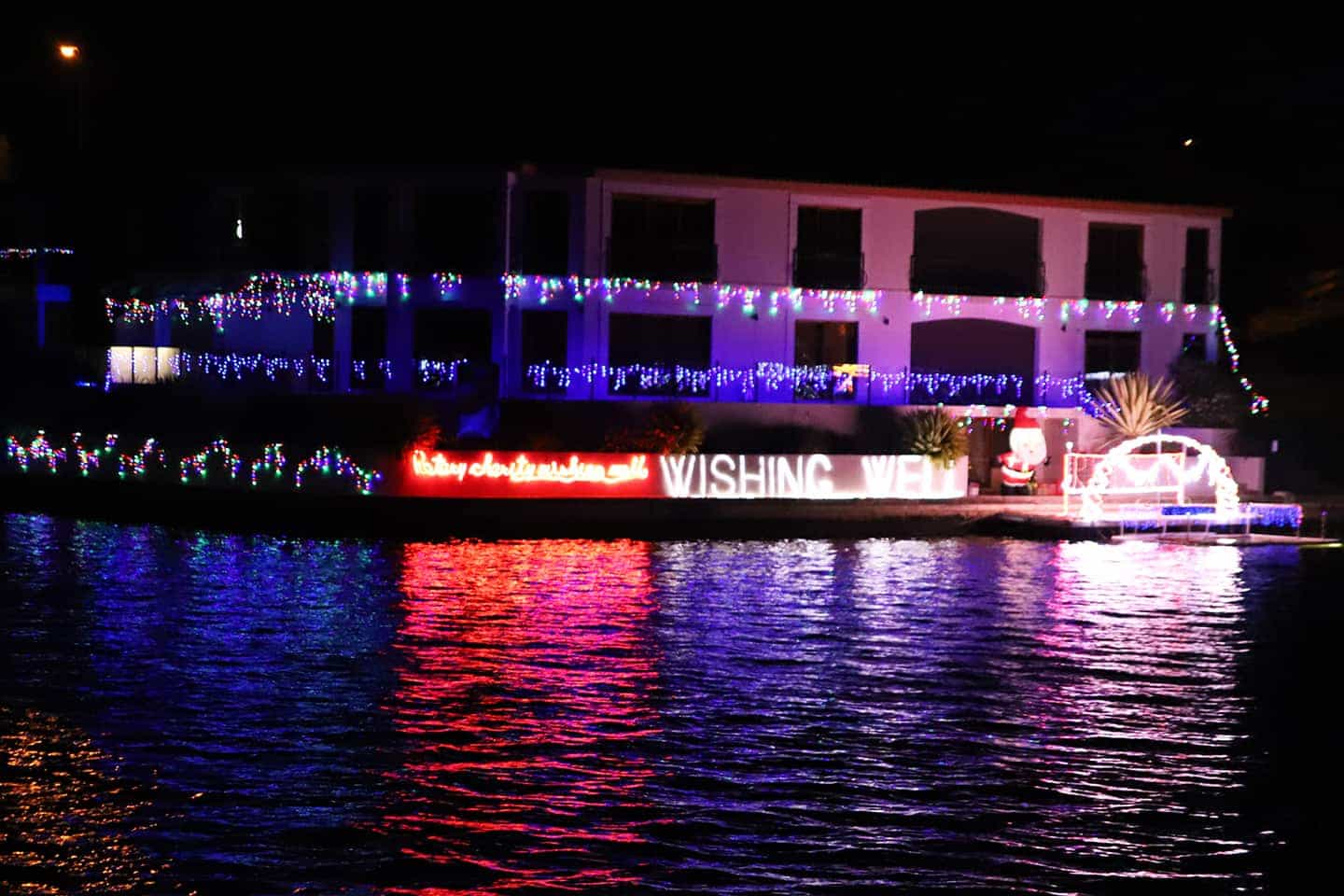